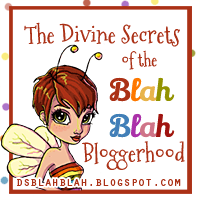 (logo linked to this week’s page)

Prompt:  Five Things You Didn’t Know About Me

Only five?!  I could probably come up with a whole lot more than that!

1.  I helped one of my best Army buddies, Dan, perform banana CPR in an elevator at the National Security Agency.  Yes, you read that right!  We were both cryptanalysts and linguists stationed at the NSA.  The NSA is rather notorious for its often rather socially awkward civilian “think tank” work force.  One day on the way back upstairs to our office, we found ourselves sharing an elevator with several of them.  Dan and I were irreverent and mischievous, to say the least.  He was carrying our tray of lunches and accidentally knocked a banana to the floor.  He immediately thrust the tray into my hands and dropped to his knees and yelled… “Stand back, everyone!  I know banana CPR!”  Then he proceeded to perform CPR while I rapidly assured the rest of the elevator that he did indeed know what he was doing.  Needless to say, the others exited the elevator at the next available stop, long before their actual destination.  FTW!

2.  I once shared a beer with the actor Richard Greico in a bar in Honolulu.  He is from a town in northern NY near my own hometown.  He was filming Booker in Hawaii then and he often performed with a local band at this bar.  He was there that night so I bought a beer and asked the bar back to send it to it with the message that it was from one northern NYer to another.  He sought me out and we hung out the rest of the evening.  He was actually really nice and down to earth.

3.  I joke that I am upstate NY’s version of Zsa Zsa Gabor, although she has been married a few more times.  Yes, I am that girl.  I regret nothing and own my mistakes, but I hate getting judged for it.  I finally got it right with my Soldier Daddy, as we just celebrated our 12th anniversary.  Weirdly, I am actually friends with one of my exes.

4.  I have trust issues with girlfriends.  I have had four really close friends completely turn on me in the last few years and it has completely destroyed my trust.  I am all about taking responsibility for my part, but in these cases, I can truthfully say I was not at fault.  I thought of them as sisters and it hurt.  Now I am starved for female companionship, but the trust thing has made hard for me to try to make new friends here in Arizona.

5.  I have never felt more at home or at peace than when I lived in Hawaii.  That is my soul home.

This week’s writing and art challenges are all about flowers!

Our writing challenge is to write a haiku.  Okay, I am a writer, but not generally haiku, so please don’t expect a masterpiece!!

I’ll update with this!

3 responses to “Divine Secrets of the Blah Blah Bloggerhood: 8-14 June”