The pain and anger of it all…

I haven't written in months… I just haven't been able to.  I lost my baby in May and I haven't been really all that into life in general since.  Some days it is better than others, but most days, I am just angry.  Angry at the world, the universe, the people who were so mean to me while I was pregnant, and those who haven't been so wonderful since.  It was my last chance, my only chance to have a girl and that breaks my heart.  My almost due date is in just a few weeks and I am anticipating the hell of it.  It seems like everywhere around me there are reminders.  Every book I read, every show I watch on TV.  There is no escape.  I am trying to move on but sometimes the anger just takes me down.  But I am working on it.  Someday maybe I will write about it all in depth, but that day isn't today.

Because that wasn't enough, 3 weeks later, I had my frist gallbladder attack.  I ended up in the ER, taken by ambulance in the middle of the night after the third attack in 4 days.  A week later, I was in with my doc for a follow up and she put in a referral for me to see the surgeon.  Well, Tricare, in its infinite bowl of crap since changing underwriters, took its sweet time.  From 25 June to 14 August, I had an average of 4-6 attacks a week.  And no referral.  Finally on 14 August, 911 was called at about 0900 and by 1630, I was in surgery.  The pain has been ridiculous at times, but I am so glad to be done with that.  The pain was unlike anything I have ever imagined.  It was terrible and I never knew what or when it was going to hit.  It, oddly, never seemed to be triggered by anything specific.  My doctor thinks a lot of it was due to the massive amount of hell my body has been through over the last several years.  Mold, chemo, injuries, pregnancy, losing the baby, stress.  As she said, my body has become a maelstrom of crap!  Be that as it may, I am frankly proud of my body for being able to withstand it all and come out fighting on the other side!

On top of all of that, I had to spend what was supposed to be my summer off doing those two classes that my professor dissed me for, the ones that were supposed to have been completed at the end of the spring semester.  Because that is what I really wanted to do after the pain of losing my little girl.  Hurumpf.  She did a half-assed job… not too surprising.  I pulled A's, so at least that was good.

All in all, it was a pretty stressful, crappy summer.  Too much sickness, too much pain, too much anger, too many tears.  It has been a rough time.

I have spent the last few weeks, since finishing school and having my surgery, trying to recover and relax a little before this next semester starts.  To that end, I have been doing a bit of crafting, indulging in my new owl obsession.  You can click on the pics below to see bigger views.  I am working on revising the pattern I designed for the Kindle cover, as well as working on designing another Kindle cover. 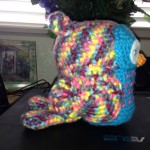 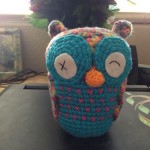 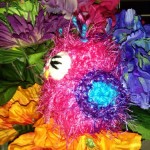 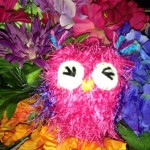 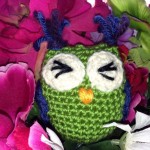 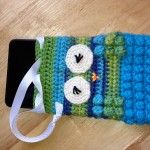 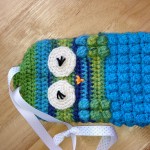 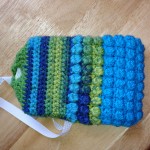 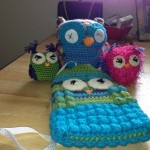